"Only those who risk failing greatly can ever succeed greatly."  - Robert F. Kennedy

Can you imagine running and walking a marathon (26.2 miles)? Maybe you have achieved that grand goal yourself. What about five consecutive marathons without stopping? How about we throw in 13000 feet of vertical ascent during those five marathons? Does that sound challenging enough? Well, there is more. The course for this journey starts at the lowest point in the Western Hemisphere in Death Valley - during the height of summer with temperatures averaging in the mid-120 degrees F. I would say it is cooler in the shade, but there is no shade! This is the ultimate challenge for me. This is my Mt. Everest, my walk on the moon. 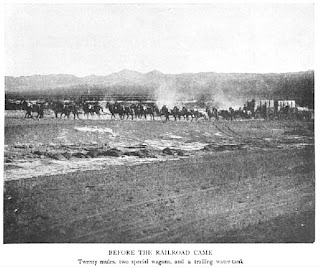 My journeys in Death Valley are single crossings from Badwater Basin to Mt. Whitney, or attempts at double crossings that include summiting Mt. Whitney before returning to the start at Badwater. They include the extreme temperatures of this region, arduous climbs out of Death Valley, Panamint Valley, and from Owens Valley. My generous  crew will make sure I am safe, watered, and fed - and most of all give me the best possible chance at completing my journey.

Because of a seriously herniated lumbar disk, I will be walking most of the way. But, the very fact that I am make these attempts at all has taught me a valuable lesson -- to never, ever give up because dreams do come true.

I am often asked why a solo, supported effort and not participate in the now famous Badwater Ultramarathon race? Two primary reasons. First and foremost, I enjoy the environment, the challenge, and just being with myself -- hearing nothing but my footsteps and the sound of silence. Last year, I was paced at night for a time by a young fox, a definite high point. That would not have happened on the crowded roads during the race. Also, the Badwater Ultramarathon has become an elite race with high qualifying standards and a recently reduced cut off time. With these changes and my bad back, I can no longer meet the standards to be in the official race. So, I pit myself against the distance and the environment alone with no pacers and no racers to distract me, only an outstanding and supportive crew to see to my safety and needs.

Follow me and Team Badwater Bill here as we make our way across the desert. Something interesting will surely happen!

An account of my 2010 first attempt at a double crossing by clicking here.